Over half of the world’s food comes from only three crops – maize, rice, and wheat – and it is estimated that they alone suffer yield losses of up to 16 percent due to invasive species. In addition to threatening food security and causing trillions of dollars in damage every year, invasive species also jeopardize biodiversity, outcompete native vegetation, and cause human and animal health issues.

The Feed the Future Innovation Lab for Integrated Pest Management, housed at Virginia Tech and funded by the U.S. Agency for International Development (USAID), is implementing solutions to manage invasive species spread throughout Asia and Africa, as well as sounding alarms to communities most at risk of invasion. Currently, three major invasive species are central to the program’s focus: the fall armyworm, Tuta absoluta, and Parthenium hysterophorus.

Since reaching Nigeria in 2016, the fall armyworm has already caused over $13 billion worth of crop damage in Africa alone. The pest has now reached Asia, where it continues to wreak havoc throughout farming communities, ravaging essential food crops like maize. 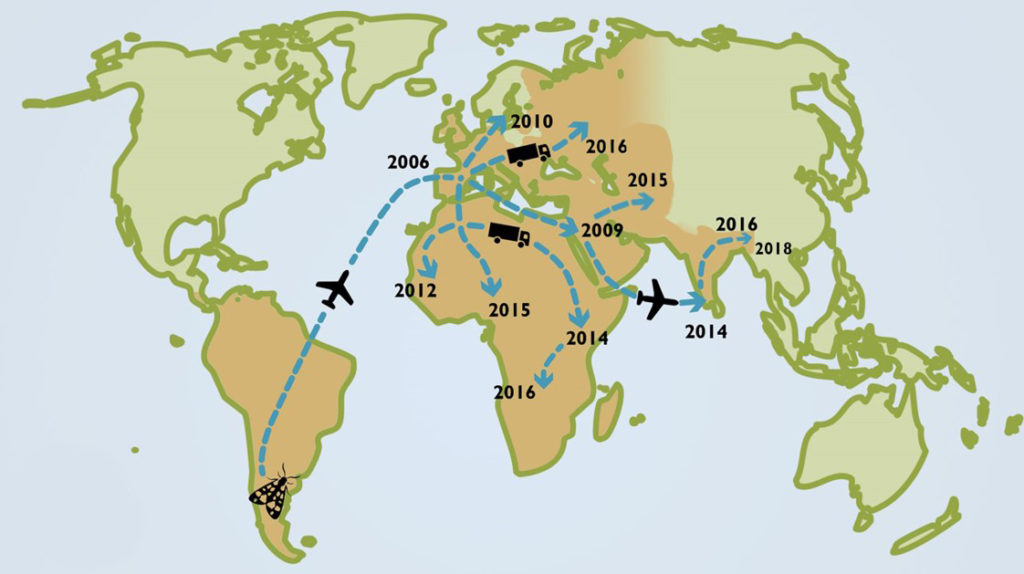 The IPM Innovation Lab identified local natural enemies, an economical option for smallholder farmers who greatly depend on a single season’s harvest.  The approach curbs the threat of fall armyworm on multiple crops, not just one.

Biological control is also at the helm of the IPM Innovation Lab’s work managing Parthenium hysterophorus, one of the world’s most destructive invasive weeds. Parthenium spreads across both Africa and Asia, pushing out native crops, causing human health issues, and tainting livestock milk. Through the release of two natural enemies – Zygogramma bicolorata and Listronotus setosipennis – the IPM Innovation Lab helps diminish the weed’s rampant spread and restore vital agricultural land.

In Nepal, on the other hand, the program focuses on modeling the spread of Parthenium, among other invasive weeds. Due to the country’s variable terrain, tracking how invasive weeds interact with different ecosystems, elevations, and climatic changes is comprehensive, and critical to preparing vulnerable communities at risk of invasion. 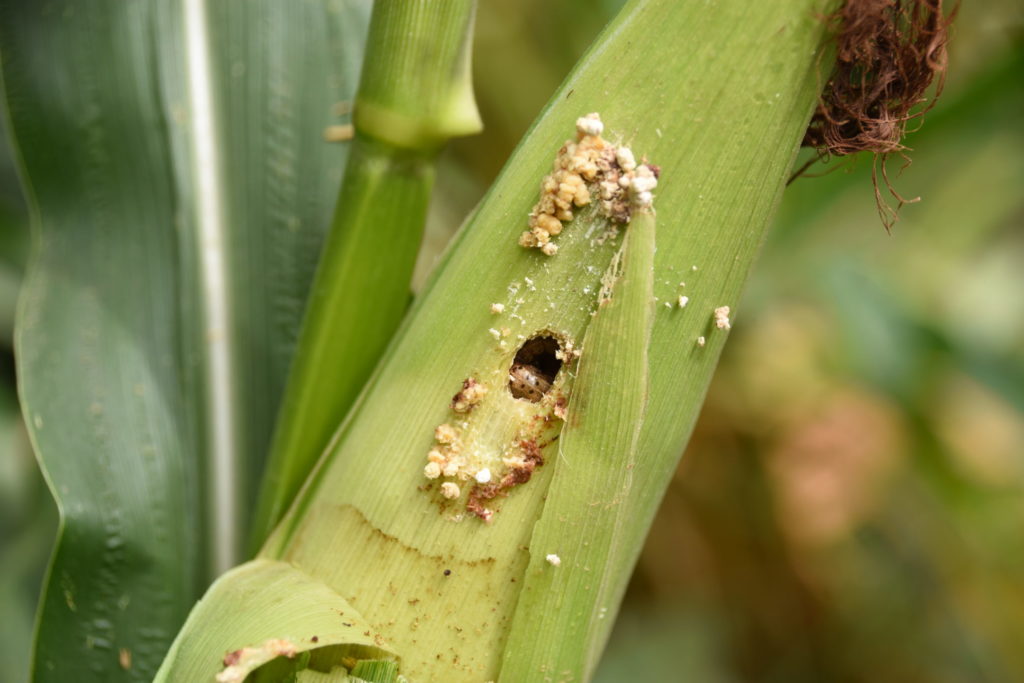 Tuta absoluta is another invasive pest destroying crops in both Asia and Africa, predominately damaging tomatoes, the world’s second most important vegetable. The IPM Innovation Lab braces countries in the pest’s path by modeling its movement based on popular trade and travel routes, while also introducing communities to natural management solutions like pheromone traps and biopesticides.

The program’s management of invasive species benefits both the developing and developed world. Tuta has already reached as far as Costa Rica and Haiti, which means it will soon reach the U.S – the IPM Innovation Lab’s modeling system and team, soon to collaborate with the U.S. Department of Agriculture (USDA), is fundamental to protecting the U.S’ billion-dollar tomato industry.

Pakistan Society of Plant Protection is dedicated to enhancing production by identifying key pests of different crops, vegetables and fruits, studying their population dynamics in the changing environment and their management by using integrated approaches.

The Plant Protection is a multidisciplinary international platform publishes original research and critical reviews in all aspects of modern plant protection.